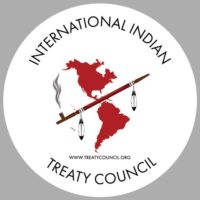 March 26, 2018:  Today the International Indian Treaty Council (IITC) and the National Council of Leaders of the KATRIBU, a national alliance of Indigenous organizations which includes the Cordillera Peoples Alliance (CPA), filed a joint Urgent Action Submission to the United Nations Committee on the Elimination of Racial Discrimination (CERD).

The submission requests urgent intervention by the CERD’s Urgent Action/Early Warning Procedure in response to the situation of at least 31 Indigenous human rights defenders and members of Indigenous organizations who were labeled as “terrorists” in a proscriptive Petition issued by the Philippine Government’s Department of Justice on February 23, 2018.   As a result, they are in imminent danger of warrantless arbitrary arrest, surveillance, freezing of assets, persecution, denial of right to travel, extraordinary rendition, assault and extrajudicial killing.

Those listed as “terrorists” in the Petition are working for human rights and an end to racism and discrimination against Indigenous Peoples in that country.   They include community leaders and activists as well as the UN Special Rapporteur on the Rights of Indigenous Peoples Victoria Tauli-Corpuz and former member of the UN Permanent Forum on Indigenous Issues Joan Carling.

Repression against Indigenous Peoples in the Philippines is not new.  In 2006 IITC submitted an Urgent Action filing on behalf of the Cordillera Peoples Alliance to the Special Representative on Human Rights Defenders in response to the killings of 2 Indigenous human rights defenders, Mr. Rafael Markus Bangit and Mrs. Alice-Omengan Claver and the attempted assassination Dr. Constancio Claver, M.D.

The Urgent Action submission filed today calls upon the CERD to urge the Philippine Government to cease the criminalization and drop all charges against Indigenous human rights defenders and to release any political prisoners who have been apprehended as a result of this Petition.   IITC and KATRIBU also request the CERD to call on the Philippine Government to officially rescind this Petition and to uphold its international human rights obligations pursuant to the International Convention on the Elimination of all forms of Racism and Discrimination and the Declaration on the Rights of Indigenous Peoples, as well as their domestic obligations under the Comprehensive Agreement on the Respect of Human Rights and International Humanitarian Law (CARHRIHL) and the 1997 Indigenous Peoples Rights Act (IPRA).

The CERD’s 95th session will begin on April 23rd in Geneva Switzerland and this submission will be considered at that time.