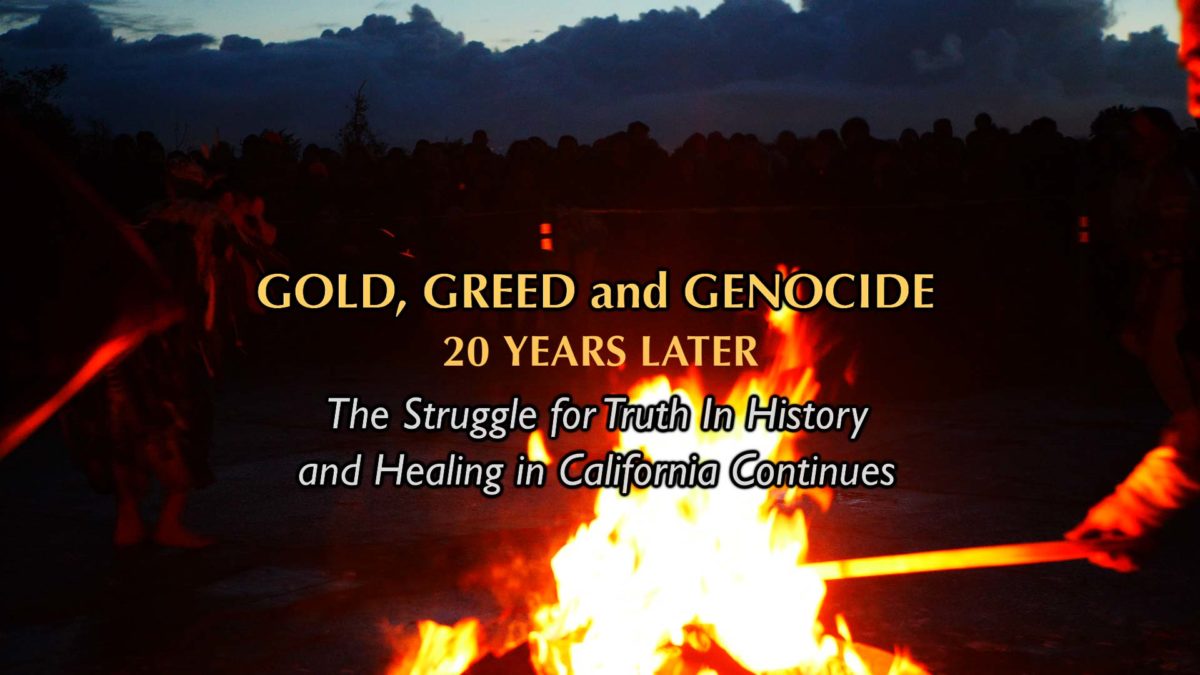 The California Gold Rush began on January 24, 1848, when gold was found by James W. Marshall at Sutter’s Mill in Coloma, California, about 50 miles northeast of Sacramento.  Hearing the news, approximately 300,000 people poured into California from the rest of the United States and around the world.  The influx of miners reached its peak in 1849, resulting in the term “49’ers”.  California gold reinvigorated the US economy, and the sudden population increase allowed California to rapidly achieve statehood in 1850.  The Gold Rush gave rise to the city of San Francisco which remains the major urban hub in Northern California to this day.

By the time the Gold Rush ended, California had gone from a thinly populated ex-Mexican territory to having one of its first two U.S. Senators, John C. Frémont, selected to be the first presidential nominee for the new Republican Party in 1856.

The Gold Rush had severe effects on Indigenous Peoples of California and resulted in a precipitous Native population decline from disease, genocide and starvation.  Over 150,000 Indigenous Peoples lived in California prior to the Gold Rush with sustainable cultures and economies based primarily on hunting, gathering and fishing.  By 1870, the Native population of California had declined to an estimated 31,000 with over 60 percent perishing from diseases introduced by the 49ers.  Tribes were also systematically chased off their lands, forcibly relocated to missions and reservations, enslaved and brutally massacred.  In 1851, the California State government paid $1 million for scalping expeditions. $5 was paid for a severed Indian head in Shasta in 1855 and twenty-five cents was paid for a scalp in Honey Lake in 1863.

Over 4,000 Indigenous children were sold with prices ranging from $60 for a boy to $200 for a girl. In the 19th and 20th centuries Indigenous children were also forcibly removed to government and church-run boarding schools where they were forbidden to speak their languages.  Many were forcibly placed in “work training programs” where they were used as slave labor in homes, farms, timber operations and other enterprises.

The legacies of these genocidal practices, including loss of land, subsistence, cultural practices, language, identity and political sovereignty, persist to this day.  The good news is that work for healing, restoration and revitalization carried out by Indigenous Peoples throughout California to reverse these impacts are having notable and positive results.

During the California Gold Rush, miners dug up 12 billion tons of earth, excavating riverbeds and blasting hillsides in their fervor.  They also used mercury to extract gold from the ore, releasing an estimated 7,600 tons of the toxic chemical into Northern California rivers and lakes. The amount of mercury required to violate federal health standards today would be equivalent to one gram in a small lake.

Elemental mercury is a heavy metal that persists in the environment.  It transforms into highly toxic methylmercury once it is released into waterways, which then bio-accumulates in the tissues of plants, animals and humans.  Methylmercury has numerous detrimental health impacts.  It is a known neurotoxin that can cause serious long-term impacts on the developing brains and nervous systems of unborn and newborn babies and young children.

Mercury is a global problem.  Primary sources of human exposure are eating contaminated fish, coal-fired power plants, medical and dental procedures and waste, small-scale gold mining still using mercury for ore extraction, and emissions from abandoned mines.  In 2013, the United Nations completed the Minamata Convention on Mercury, which calls for countries to reduce the use and release of mercury and to clean up contaminated sites.

In 1999, the State of California celebrated the 150th anniversary of the Gold Rush, including distributing curriculum for use in California public schools which completely omitted its impacts on the Indigenous Peoples of California.   As a result, International Indian Treaty Council (IITC) worked with Project Underground to develop the Award-winning 26-mintue video “Gold, Greed and Genocide: the Untold Tragedy of the California Gold Rush” for use in Jr. and Sr. High Schools, along with an accompanying study guide highlighting the historic and continuing impacts from the perspective of California Indigenous Peoples.

In 2019, IITC received support to produce an annex providing updates on two key issues addressed in the first video: the revitalization of California Native cultures and the work being done to provide information on mercury and promote clean-up. Both videos can be watched on this page or on IITC’s YouTube channel here: https://www.youtube.com/channel/UCFyhEwhSEY9do8KMewePRtw. Links to other relevant resources about the California Gold Rush are also posted.

IITC does not receive any state or federal funding. Instead, we rely on the generous support of foundation grants, Indigenous Nations and Tribes, and contributions from private donors, friends and allies to sustain our work. Please consider contributing to support the work of IITC. Whether it be monthly giving or a one time donation, any amount helps and all are tax deductible.