Thematic Workshop on Enhancing the Participation of Local Communities, in addition to Indigenous Peoples, in the LCIPP 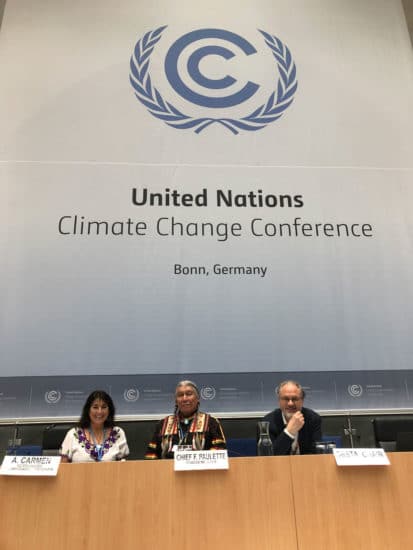 Thematic Workshop Session Co-Chairs Paul Watkinson, Chair of SBSTA and Andrea Carmen, member of the FWG, and elder Francois Paulette who did the opening and closing prayers.

With those opening remarks, by agreement with my co-chair I will proceed to chair session 1 by calling the first speaker to make her presentation, Ms. Rita Mishaan, Co-chair of the Paris Committee on Capacity Building.  First, we have some opening remarks by my Co-chair representing the SBSTA and some background information presented by the Secretariat. Thank you, Choque Utesia.